Nick Diaz, not Johny Hendricks, to get next shot at Georges St-Pierre and welterweight belt 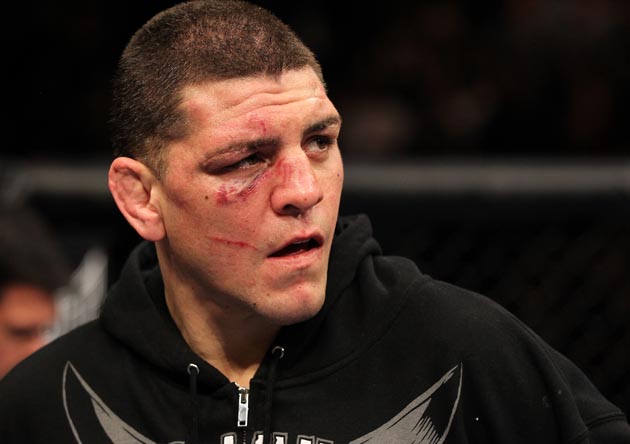 Though the UFC had focused on making a superfight between welterweight champion Georges St-Pierre and middleweight champ Anderson Silva, and Johny Hendricks was supposed to be the next welterweight contender, another fighter will get a shot at GSP before Silva or Hendricks. At the UFC on Fox 5 press conference, UFC president Dana White said Nick Diaz will get the next shot at St-Pierre.

Diaz is coming off of a close decision loss to Carlos Condit. He is also suspended because the Nevada Athletic Commission found marijuana metabolites during his drug test. Still, he's seen as the ideal candidate over Hendricks, who won his last five fights. Two of his last three wins were knockouts in under a minute.

Hendricks immediately took to Twitter after he heard the news:

He has a point. Hendricks has the credentials for the title shot, and White said Hendricks was the no. 1 contender after he knocked out Martin Kampmann at UFC 154.

Diaz jumping to the front of the line is yet another reminder that the UFC is a business first. It's their job to sell pay-per-views and attract viewers to fights on Fox, FX and Fuel. The fighter who has earned his way to the top isn't always the best one to attract viewers.

Posted by friersonmarguerite61 at 1:29 AM